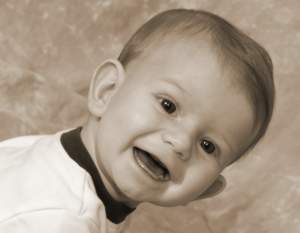 Little Austin’s story begins before he was born. We had the usual round of prenatal testing, with everything coming back normal. Like most children, he was highly anticipated! But Austin’s problems began not long after birth. By three months old, his muscle strength was below where it should have been and he began physical therapy to help him catch up. He progressed very slowly. At about five months old, Austin’s appetite decreased and he developed thrush that lasted several months. The medication for it created mouth ulcers and decreased his appetite even further.

On July 3, 2011, at only 8 months old, Austin was diagnosed with gastroparisis. He was hospitalized and after 15 days was sent home with a feeding tube. After a few weeks’ time, Soon Austin could no longer tolerate tube feedings, and by July 22nd he was diagnosed with liver failure. He was airlifted immediately to Seattle Children’s Hospital in hopes of a liver biopsy and possible transplant.

Over the next couple of days a whirlwind of information came our way as our little man declined at a rapid rate. On July 24th we were told by Dr. Sihoun Hahn and other specialists at Children’s that the most likely cause of all of his symptoms was due to a mitochondrial disease for which there was no treatment or cure. 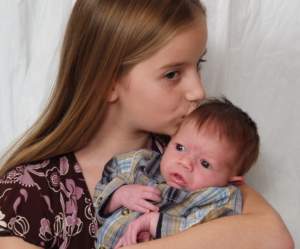 In two weeks our son went from a smiling happy boy to a baby sedated by pain medications with no hope for survival. We were able to take Austin back home to Spokane and to Sacred heart Children’s hospital on August 4th. Austin could finally relax and seemed to enjoy close quiet time with his parents. Medications to ease his breathing and give him relief from pain eased him into a comfortable sleep. My husband had gotten his wish to have Austin at “home” for his last days, but I still wanted a name for what was killing my baby. Tests came back with a confirmed diagnosis of Alper’s disease. Alper’s is a rare mitochondrial disease that is progressive and with no treatment or cure. 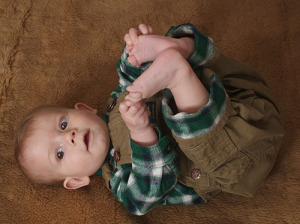 Austin did not awaken and was stricken with minimal seizing while he slept. Our little man passed away with mom lying at his side and dad at his bedside holding his hand. In the early morning hours of the next day we received a phone call no one was expecting. His heart valves were viable for donation even with his disease. We approved the donation and the biggest part of our little boy was rushed away to help two other families in pain. Our little man was able to share his wonderfully big heart with two kids and a part of him will live on through them.

Our family has a project to raise money to further mito research. We want support families who are currently struggling with sick kids and those who have had children pass. Our hope is that further research will bring hope that one day no family will need to know the suffering of Austin and others like him.