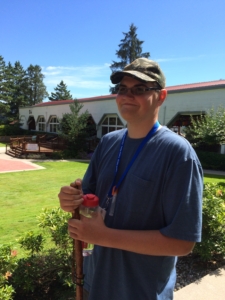 “If he were my son I’d be scared.” These were the words coming from Dr. Saneto when Bryson was three and a half, lying in Seattle Children’s Hospital Intensive Care Unit, hooked up to tubes transporting blood in and out of his body. He seemed to be a healthy baby and toddler until a high fever and Roseola at three years old. Many other symptoms developed including excessive weight gain, balance issues and sleeplessness. Numerous blood tests and MRI results showed something ‘metabolic” but no local North Idaho physicians could give a definitive diagnosis. We traveled from Idaho to Seattle in April of 2002 with hopes of a quick diagnosis. We met Dr. Saneto that first day.

Bryson’s condition quickly deteriorated once we arrived at Children’s. The third day he was put on life support (Extracorporeal Membrane Oxygenation-ECMO). The doctors were unable to do the tests necessary to confirm a diagnosis, but Dr. Saneto recommended supplements that would eventually become part of Bryson’s daily regimen. After six days on the heart and lung bypass machine (ECMO) that was keeping Bryson alive, we met with Dr. Saneto and other caregivers. They gave us no hope that Bryson would survive. Thanks to Dr. Saneto’s wisdom Bryson survived twelve days of respirators and the six day stint on ECMO. We now had the challenge of teaching him to talk, eat and walk all over again. Children’s Hospital had been our home for three months! 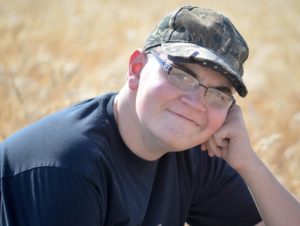 Since that day of a diagnosis of Leigh’s Syndrome in 2002, much has happened in the way of research about mitochondrial diseases. With the new trial drug Elamipretide there is hope of increasing Bryson’s endurance and changing his current life style for the better.
Today we are celebrating Bryson’s successes of knocking down deaths door in 2002, learning to walk, talk and eat again after a major trauma, and in 2017 he walked with his classmates for high school graduation. 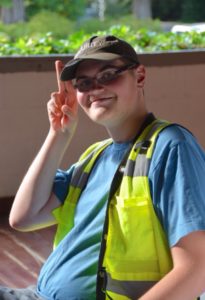 We are so blessed to have met Dr. Saneto that spring day we first walked into Seattle Children’s Hospital. Thanks to Seattle Children’s Hospital and its many dedicated doctors, staff and generous donors, Bryson is a tall, dry-humored young adult today. We continue to be involved in the Mitochondrial Research Guild to raise awareness and to work to find a cure for this disease. Without continued research Bryson will be unable to obtain his dreams of flashing that badge as a security guard. But with continued support, there is hope that the dreams of all Mito kids can become a reality.