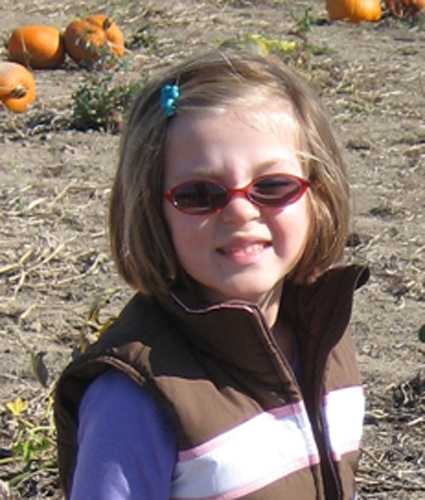 Jane Windish was born full-term and by all appearances adorable and quite healthy. She had some gross motor delays early on and low muscle tone. This led to some early investigations into why she wasn’t as coordinated as her older brother. No cause was found. Meeting most developmental milestones, she was up and running by two and talking up a storm.

Just prior to her 4th birthday she had her first of many seizures. We would spend the next several years trying different medications and diets to control her seizures. Jane would have long periods of stability and her development would be very good, but at other times, seizure control would fall apart and she would be hospitalized, regroup, gain control and go home for a lengthy recovery period. Jane also had fatigue, dizziness, weakness and many other symptoms that we now understand affect children with this disease. But for most of Jane’s life we believed these things were caused by seizures and the many side effects of her medications. 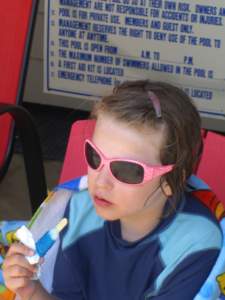 In the spring of 2010 her seizures took a turn for the worst until her body had a complete breakdown on December 21, 2010.  In January 2011, she had DNA testing that confirmed the underlying cause for her seizures. Jane had a mitochondrial disease. Her little body never recovered. She had seizures and myclonic movements non-stop until she finally rested on April 11, 2011.

Jane was Jane, she didn’t miss a thing, she was fun and funny, and she made the best of everything. She played with friends, attended our neighborhood school, ate everything, watched movies, played on a soccer team, and loved her family and her dog Blue. She vacationed in Yellowstone, Bermuda, the Outer Banks, North Carolina, Disneyland, and Washington D.C.

Jane lived a very full life that was way too short. We miss her all day…every day. She was not diagnosed with mitochondrial disease until four months prior to her death. If we had obtained an earlier diagnosis could we have helped her more? Would we have done something differently? We wonder every day. We are committed to raising awareness, and funding research to provide better treatments and support for children with mitochondrial disease.