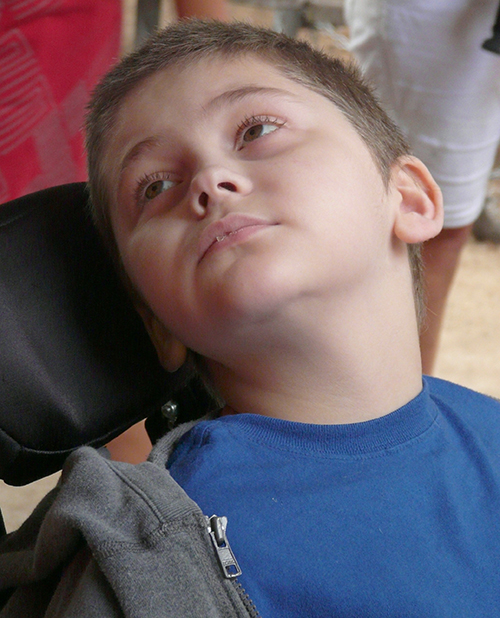 Justin was born a healthy boy who met normal milestones for his first year of life. Around two years of age, Justin went through a period of weeks when he would be very ill one day and fine the next.  The doctor thought he had the flu, until one morning he was lethargic, vomiting and I had trouble arousing him.  I took him to the ER, where they found his blood sugar to be extremely low.  After many tests and hospitalizations, he was diagnosed with Ketotic Hypoglycemia, a condition he would likely outgrow.

Justin began to have trouble walking, resulting in falls and fatigue.  More testing found him to be “globally developmentally delayed” resulting in IEPs and special education.

In October 2003 Justin began  to  have seizures. Justin’s neurologist referred us to a geneticist and to Dr. Saneto at Children’s Hospital.  In April 2005 a muscle biopsy revealed Justin has a COX Deficiency. Testing in the POLG gene found additional mutations in March 2008.  Thanks to this testing I felt like we finally had the causes for his medical issues. 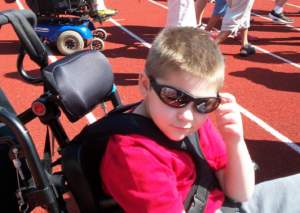 This mitochondrial disorder affected Justin’s brain, muscles, GI tract and kidneys.  He also had vision and sensorineural problems and could not walk. In July 2007 Justin had a g-j tube placed to improve his hydration and nutrition and to facilitate medication.  Justin had many setbacks in his last year and fought for his life each day.

Late summer 2009 found Justin back in the hospital with a number of problems.  By the end of the September, his liver had begun to fail. On October 4th, his body could no longer withstand the damage done by mitochondrial disease.  Surrounded by everyone who loved him, Justin peacefully passed away. 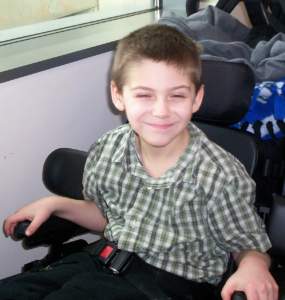 Justin is my hero.  Throughout his short life, I was amazed by his bravery.  He never complained about all he endured, and when he laughed he brought joy to all who knew him.  I will be forever grateful to the doctors, nurses and staff at Children’s and those in the Guild who supported and loved us through that difficult time.