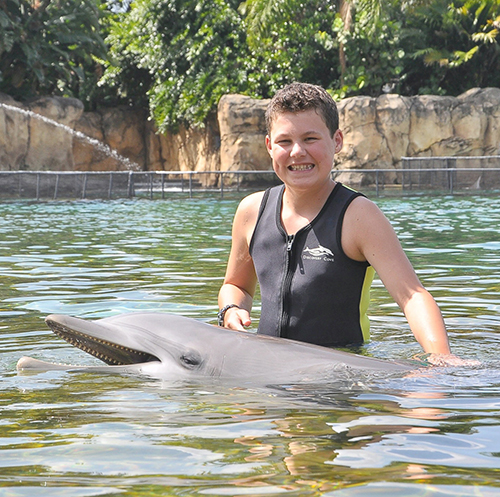 Maclin’s first two and a half years of life were fairly normal. At Thanksgiving in 2003 Mac experienced his first seizures and hospitalization. From that point on Mac was treated for unexplained seizure disorder. Over the course of 2 years he would have a few seizures, improve, and then have a few more. Mac’s seizures were also getting progressively worse. We tried multiple meds with mixed results. In September 2005, Mac’s seizure activity greatly increased. We went to the hospital for an extended EEG, but gained no better information on Mac’s seizures. We were really getting desperate. Mac was given Dilantin to get the seizures under control, but it made Mac so wobbly that he could not walk or sit up on his own. We were sent home from the hospital after a couple of days, and were told the seizures should stop. They did not stop, and actually increased in frequency.

We finally went to Children’s Hospital in Seattle in October 2005. We were told we would not go home until Mac could walk and was seizure free for at least 24 hours. During our stay at Children’s, we crossed paths with Dr. Saneto. After examination, Dr. Saneto diagnosed Mac with the mitochondrial disease Glutaric Acidemia Type 2 (GAII). Of the 10 or so doctors we saw at Children’s, Dr. Saneto was the only doc who believed this diagnosis. In addition, many docs felt that Mac’s ataxia was  possibly permanent, and that he might never walk again. Dr. Saneto was firm in his belief that Mac had GAII, and that he would get better. We started Mac on a group of amino acids and vitamins believed to help patients with mitochondrial diseases, and Mac stopped seizing almost immediately. He also takes a seizure med and is on a diet that is restricted in fats and proteins.

Mac is in seventh grade now and doing very well in middle school. He enthusiastically participates in many activities including swim team, rock climbing, Boy Scouts, and even track. Even though he may not be the most valuable player athletically, his coaches always say that he is definitely the most inspiring and committed player on the team. Something our whole family always celebrates.

Since the fall of 2005, he has only had one seizure and has outgrown his seizure meds. Overall, he is healthy and does a great job managing his diet. There are times, however, when he is away for extended periods of time (ie. Boy Scout Camp) where he forgets to eat properly and rest, returning very tired and physically stressed. In fact, this summer we all learned a very valuable lesson when he ended up in the ER with a five hour dextrose drip after returning from Boy Scout camp completely disoriented and lethargic. Although he responded quickly to the necessary sugars, it took many weeks of a strict routine of diet and rest to be back to his normal self.

Most people see Maclin as a typical kid, but we know he is special. His wobbly and clumsy self still appears when he has not eaten or slept well, missed his mito cocktail, or is fighting an on-coming illness.  We often get looks or comments when he bumps into people in public. We smile, apologize and think to ourselves, “If you only knew.” Our happy and healthy teenager is here today because of the amazing, intuitive and unwavering efforts of Dr. Saneto and Children’s Hospital. We are so grateful for all that Dr. Saneto, the Mito team and the NW Mito Research Guild has done for our son and our family.